Qualcomm (QCOM) is eager to bring 5G to lower smartphone price points, and is also working to extend the range of 5G broadband networks for homes and businesses.

Notably, Qualcomm also said that a Snapdragon 7 series platform that features a system-on-chip (SoC) containing a processor and an integrated 5G modem will be commercially ready in the fourth quarter, with devices arriving soon afterwards. Qualcomm had previously said commercial devices featuring such an SoC were expected during the first half of 2020.

LG, Oppo, Vivo and HMD Global (maker of phones under the Nokia brand) are among the smartphone OEMs that plan to launch 5G devices based on the Snapdragon 7 series. For now, Qualcomm is remaining tight-lipped about technical details for both its Snapdragon 7 series and 6 series offerings. A Qualcomm representative told TheStreet that more details will be shared at an event within the next few months; Qualcomm’s annual Snapdragon Tech Summit, which takes place in early December this year, is a strong possibility.

Separately, Qualcomm unveiled the QTM527, an antenna module for high-frequency, millimeter-wave (mmWave) spectrum bands, which can enable multi-gigabit transmission speeds over short distances. These are meant specifically for fixed broadband modems used inside of homes and businesses. 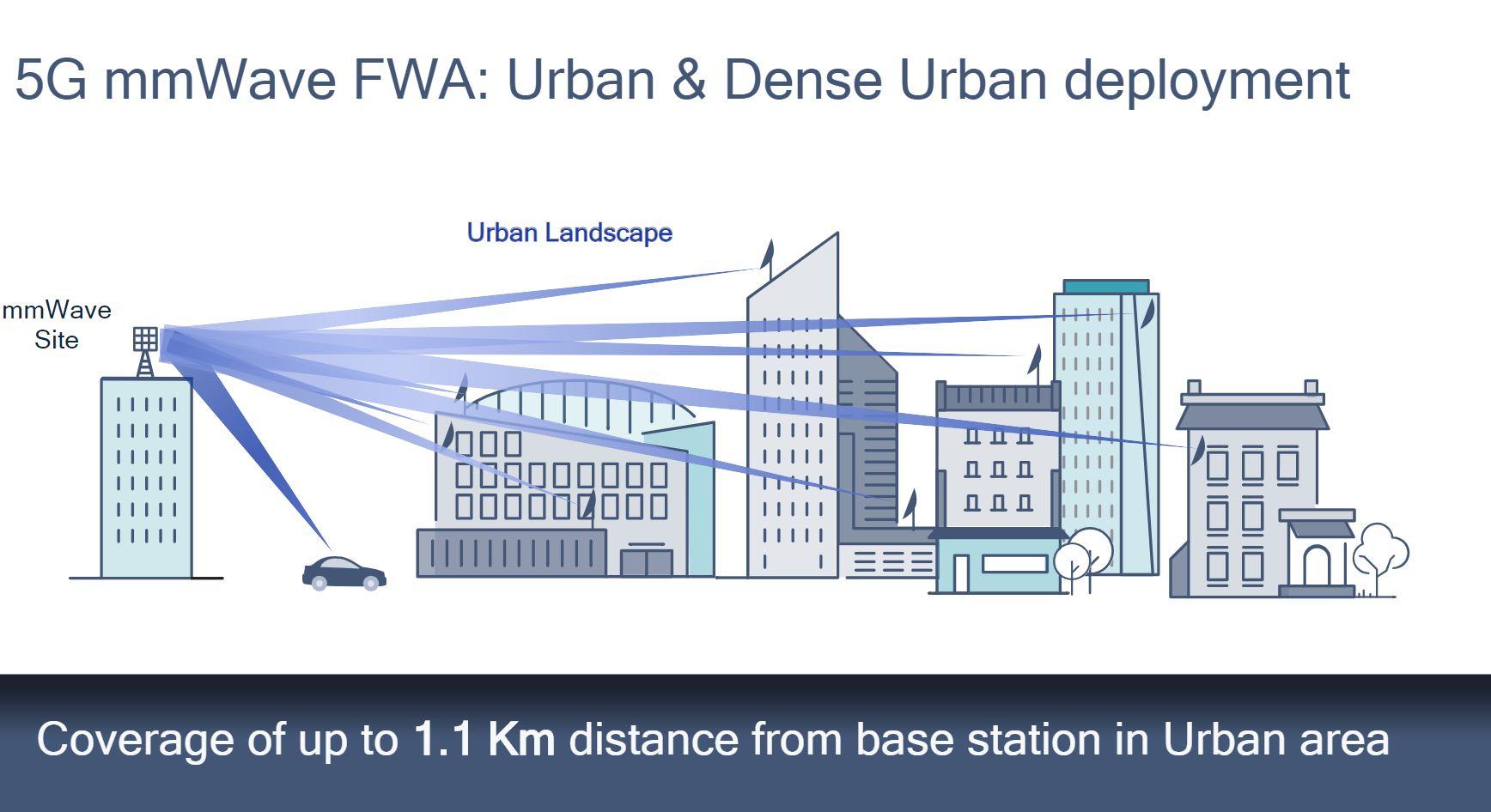 Although range could also be lower, depending on the physical environment that a deployment is taking place in as well as other factors, a Qualcomm representative indicated that range could be more than 1.7 kilometers in rural and suburban areas if there’s clear line-of-sight. He added that last-mile devices using the QTM527 will feature up to four modules, and that a number of OEMs are already working on products.

Though facing some competition from the likes of Huawei, Samsung (SSNLF) and Taiwan’s MediaTek, Qualcomm has developed a sizable early lead in the 5G modem market, and reported in late July that it has landed over 150 5G design wins. As for Apple (AAPL) , while it’s also investing in its own modem R&D, the consumer tech giant, whose first 5G iPhones are expected next year, is widely believed to be among the companies working on Qualcomm-powered 5G devices, following the two firms’ April settlement.

Qualcomm also reported in July that nearly all of its 150-plus designs wins also rely on its 5G RF front-end chips. The company has rolled out a number of 5G RF front-end products for both mmWave bands and traditional, sub-6GHz, spectrum bands, and has argued that the way in which 5G devices use modem software and network intelligence to tune their RF front ends increases the value proposition of Qualcomm’s end-to-end, modem-to-antenna, chip platform.

Negative Interest Rates in the U.S.? The Federal Reserve Might Have to Go There

Negative Interest Rates in the U.S.? The Federal Reserve Might Have to Go There

Why oil prices are plunging despite U.S. sanctions on Iran’s energy sector