Wall Street is touting three reasons to buy AT&T ahead of its third-quarter earnings to be released on Oct. 23. Their opinion is that the telecommunications giant offers premium media and entertainment content, Pay-TV and traditional phone services which makes the stock a bet on a global economic recovery. The bulls feel that the stock will survive the trade war with China and the cooling housing market to which is products are sold. AT&T investors are betting that fans of Apple (AAPL) products will be lining up at Apple stores to buy the newest iPhones even though they are not usable in the coming G5 revolution.

AT&T has been facing a class-action lawsuit that alleges that it inflated the subscriber growth for its Direct TV Now streaming service. This potentially false activity may have accounted for much of the recent share price strength.

This morning Wall Street bankers have been lining up to submit various proposals to AT&T to sell off its troubled DirecTV unit, including one involving Dish Network as the potential suitor.

The Daily Chart for AT&T 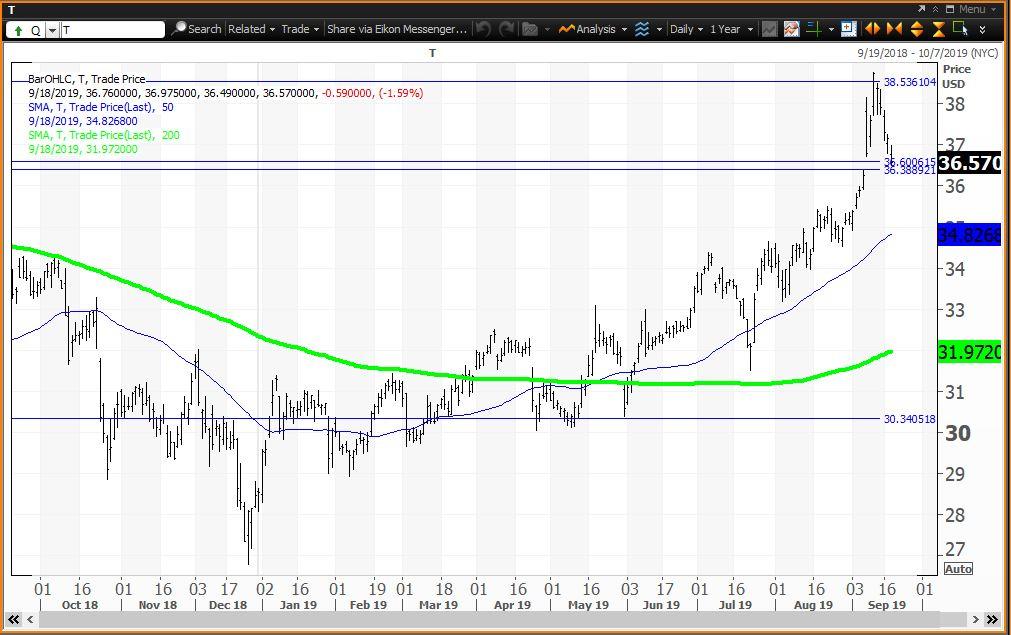 The Weekly Chart for AT&T 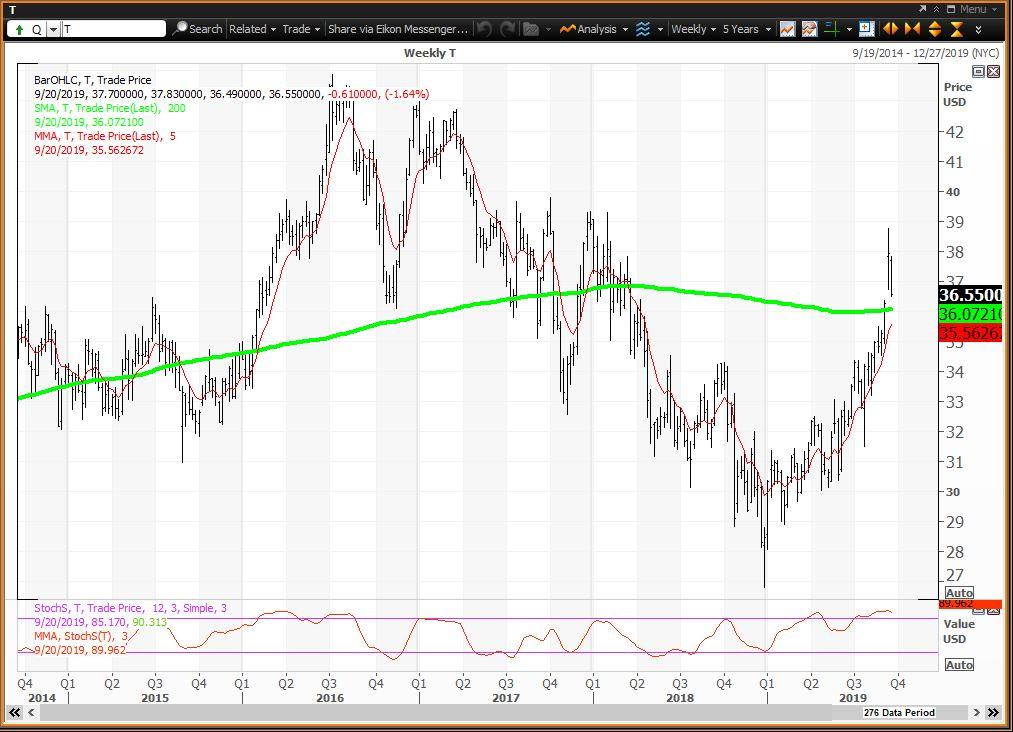 The weekly chart for AT&T is positive but overbought with the stock above its five-week modified moving average of $35.59. The stock has been above its 200-week simple moving average or “reversion to the mean” at $36.07 since the week of Sept. 6. The 12x3x3 weekly slow stochastic reading is projected to slip to 90.12 this week down from 92.36 on Sept. 13. The reading above 90.00 puts the stock in an “inflating parabolic bubble” and bubbles almost always pop with declines of 10% to 20%, or more over the next three to five weeks.

Trading Strategy: Sell strength to its annual risky level at $38.54 or on a sell stop on a close below its semiannual and monthly pivots at $36.58 and $36.38, respectively. Buy weakness to its quarterly value level at $30.34.

‘Viking raider’ from Iceland returns to the UK high street